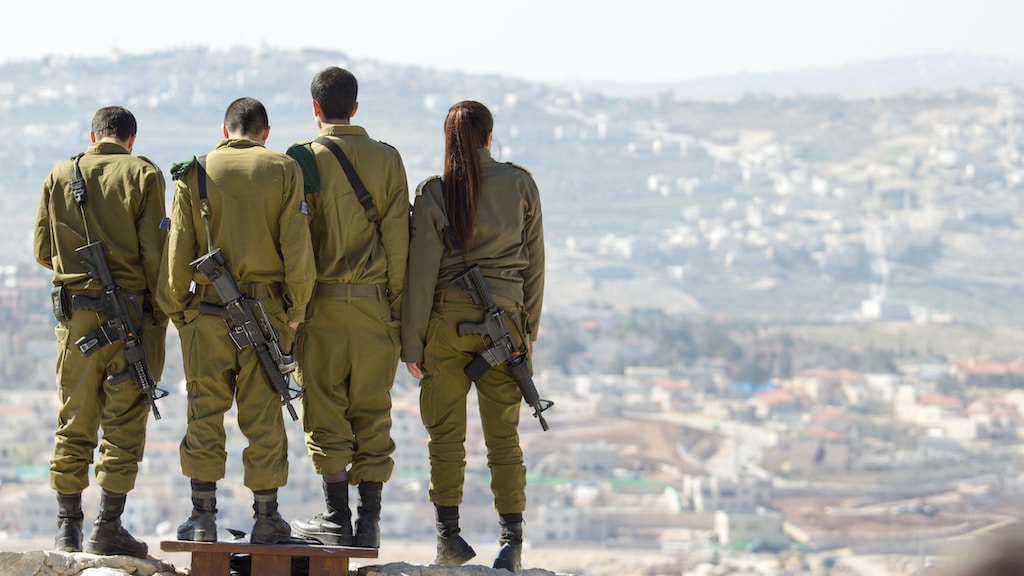 Today we are going to touch on an important truth briefly, and this brings some additional passages from God’s Word that we need to consider. First, here is today’s key verse:

“But suddenly, your ruthless enemies will be crushed
like the finest of dust.
Your many attackers will be driven away
like chaff before the wind.
Suddenly, in an instant,
I, the Lord of Heaven’s Armies, will act for you
with thunder and earthquake and great noise,
with whirlwind and storm and consuming fire.

A bit of History

Sennacherib was the king of Assyria, a large domain the stretched from northern Iraq to southeastern Turkey. During the reign of Sennacherib, the capital of Assyria was in Nineveh – yep, the city to which God sent Jonah.

Sennacherib conquered the northern kingdom, Israel, whose capital was in Samaria, and soon set siege to Jerusalem in Judah. The prophecy we just read in Isaiah 29:5-6 was likely fulfilled during the time of King Hezekiah when God suddenly and miraculously delivered Jerusalem from Sennacherib’s attack (2 Kings 19:35-36).

If we zoom out from verses five and six and read the whole chapter of Isaiah twenty-nine, we see that God is punishing the Jews. The Israelites had abandoned their love for God, their love of His Word. They had also left their purpose, which was to show God to all nations. Instead, they took refuge in the letter of the Law. If they just mechanically obeyed the commandments, then they could live their lives without living for and with God. So, the prophecy from God was predicting a time of punishment to bring them back to the intent and purpose of the Law of Moses:

God doesn’t change (Malachi 3:6). Just as God punishes nations, He also disciplines His children. We know this from:

For the LORD corrects those he loves, just as a father corrects a child in whom he delights. – Proverbs 3:12 (NLT)

For the LORD disciplines those he loves, and he punishes each one he accepts as his child. – Hebrews 12:6 (NLT)

Every Christian receives correction from God. If God never corrects us, then we are not His children. Discipline is the responsibility of a father to his child, so it is a blessing when our Heavenly Father corrects us. And, I must say, God is sovereign, political correctness holds no sway over God’s chastening.

So here is our Good News. Even when we are in the middle of God’s chastening, we remain in His hand. He will “never leave you nor forsake you. (Hebrews 13:5)” If attacked, God defends us suddenly! “But suddenly, your ruthless enemies will be crushed…” This is how God works. We are safe in the palm of our God. When the enemy attacks or this world has us on the ropes, we are safe. As the lyrics say in Dottie Rambo’s song, “We are Sheltered in the Arms of God.”

I feel the touch of hands so kind and tender.
They’re leading me in the paths that I must trod.
I’ll have no fear for Jesus walks beside me
For I’m sheltered in the Arms of God.

Jesus redeemed us. As the redeemed children of the Most High God (Daniel 4:2), we should have no fear from this world. For we are pilgrims, “For here we have no lasting city, but we seek the city that is to come.” (Hebrews 13:24) The world can injure us but it can not harm us.

For you know that it was not with perishable things such as silver or gold that you were redeemed from the empty way of life handed down to you from your ancestors, but with the precious blood of Christ, a lamb without blemish or defect. – 1 Peter 1:18-19

Redemption, according to Dictionary.com,

Redeem is wider in its application than ransom, and means to buy back, regain possession of, or exchange for money, goods, etc.: to redeem one’s property. To ransom is to redeem a person from captivity by paying a stipulated price, or to redeem from sin by sacrifice: to ransom a kidnapped child.

God’s requirement for each person is that he or she must be holy (1 Peter 1:16). The holiness that the apostle Peter refers to means the taking of something common and setting it apart so that it entirely belongs to God. We are that “something.”

There would be no need for redemption if humanity had never exchanged obedience for rebellion. Sin has power. The unrighteousness that Sin spawns in us feeds our flesh, tempting us to sin, transgress, or commit iniquity. We earn a wage when we sin. That wage is death (Romans 6:23).

Hell was not Made for People

When Adam sinned, the very creation that God made in His image became unable to pay the sin-debt and therefore became separated from Him. Sin always demands death, which is why the Mosaic Law demands the sacrifice of animals. The shedding of blood is required to satisfy the law of sin and death. Now that Jesus has made the perfect sin sacrifice no other sacrifices are needed or are valid.

When Adam chose Satan over God, as an analogy, we could say that Adam became infected with the Sin-nature virus from Satan. Now Adam and all his descendants carry the Sin-nature as a fundamental trait and transmit this “virus” to their progeny. The only treatment for this Sin-nature “virus” is to always choose righteousness over unrighteousness. Only Jesus has been able to do this.

God created Hell as a place of eternal punishment for the devil and his rebellious angels. However, when Adam sinned, then humanity became subject to that same law. All non-Christians already stand condemned. They are just awaiting their court case to come before the Judge.

God’s word states in Hebrews 9:27, “And just as it is appointed for man to die once, and after that comes judgment.” So, you see the problem. A sinner dies, which is the cost of sin, then they are judged and held accountable for their sins; therefore, they are assigned to an eternity of punishment.

God’s solution for the children of Adam was to sacrifice His only begotten[a] Son. As a sinless “Adam,” (1 Corinthians 15:45) Jesus became the means for unregenerate people to call upon His name. By Christ’s substitutionary work on the cross, He now steps in for “His own” and declares that He already paid the price for their sin. Romans 6:23 tells us, “For the wages of sin is death, but the free gift of God is eternal life in Christ Jesus our Lord.” And in Romans 8:1 we learn, “There is therefore now no condemnation for those who are in Christ Jesus.“

Praise God! When we accept the gift of salvation, which is eternal life in Christ Jesus, then we are no longer under condemnation. Yes, our body will die because the Sin-nature remains in it. But we will not be condemned with the devil and his angels because, through Christ Jesus, we have eternal life.

The Son, Christ Jesus, loves the Father, and the Father loves His Son, Jesus. We see this in John 3:35, “The Father loves the Son and has given all things into his hand.” And in John 14:31 we read, “but I do as the Father has commanded me, so that the world may know that I love the Father.” Also, the Father’s loves and His Son’s love live in us. John 17:26 states: “I made your name known to them and will continue to make it known, so that the love you have loved me with may be in them and I may be in them.” And foundationally: “For God so loved the world, that he gave his only Son, that whoever believes in him should not perish but have eternal life.“

As Christians, God’s love overflows our lives, flooding into the lives of our fellow brothers and sisters in Christ, and to all people. As Jesus commanded us in John 13:35: By this all people will know that you are my disciples, if you have love for one another.

Photo by Danila Hamsterman on Unsplash