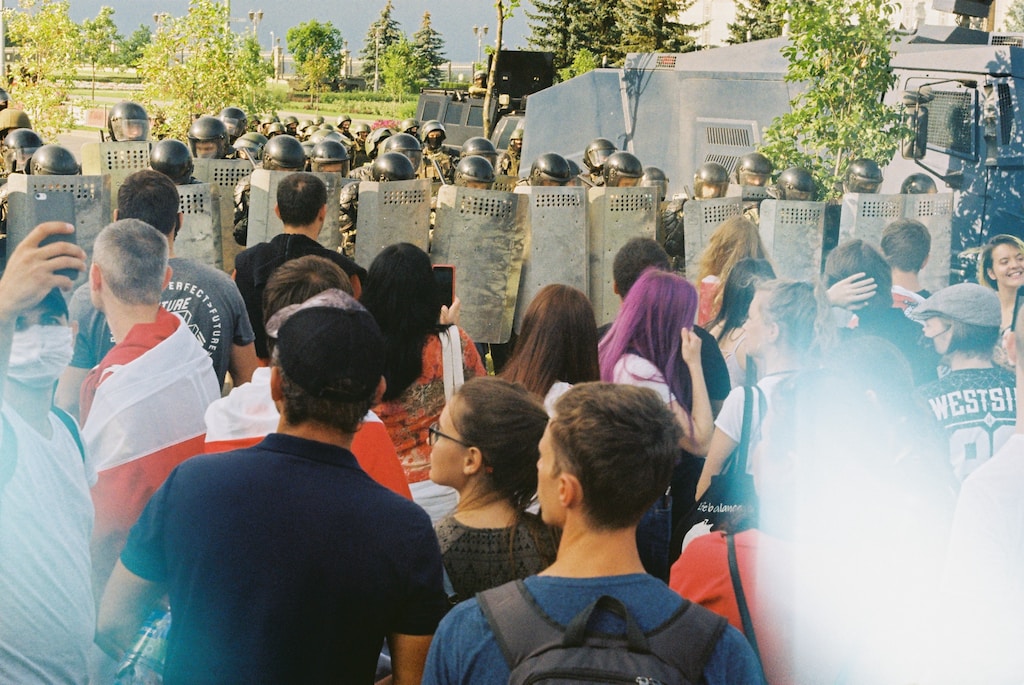 Acts 19: 38-40 (emphasis), If therefore Demetrius and the craftsmen with him have a complaint against anyone, the courts are open, and there are proconsuls. Let them bring charges against one another. But if you seek anything further] it shall be settled in the regular assembly. For we really are in danger of being charged with rioting today, since there is no cause that we can give to justify this commotion.“

The apostle Paul, the other missionaries, and the Christians in the city were in a precarious place. The city was in an uproar and was teetering on the edge of a riot. Roman would deal quite harshly with leaders if the city rioted.

It is with this backdrop that we read in a statement from the town clerk:

For you have brought these men here who are neither sacrilegious nor blasphemers of our goddess…For we really are in danger of being charged with rioting today, since there is no cause that we can give to justify this commotion.” And when he had said these things, he dismissed the assembly.”
– Acts 19:37, 40-41

Notice that neither Paul nor the other missionaries or Christians in the city had dishonored Artemis, the idol for which Ephesus was famous. “This is a remarkable testimony, showing that the apostle had, in preaching against idolatry, studiously avoided (as at Athens) insulting the feelings of those whom he addressed.” – Jamieson-Fausset-Brown Bible Commentary

On the Cusp of Rioting

As Americans, we are living in an unparalleled time in our nation of social upheaval. As Christians, this turmoil has opened doors for us to share the Gospel of Jesus to people that were previously closed-off to “religion.” Suddenly, people need more than a person, they need someone bigger. God is not just bigger. He’s the biggest!

When we act on God’s opportunities, we need to focus our message on Jesus, His death, burial, and resurrection. As the apostle Paul said to the people in Corinth, “For I decided to know nothing among you except Jesus Christ and him crucified.” (1 Corinthians 2:2)

Peacemaker – Those who strive to prevent contention, strife, and war; who use their influence to reconcile opposing parties, and to prevent lawsuits and hostilities in families and neighborhoods. – Barnes’ Notes on the Bible